The Run Survey module of Engage SURVEY will allow you to launch, monitor, and manage a survey campaign: 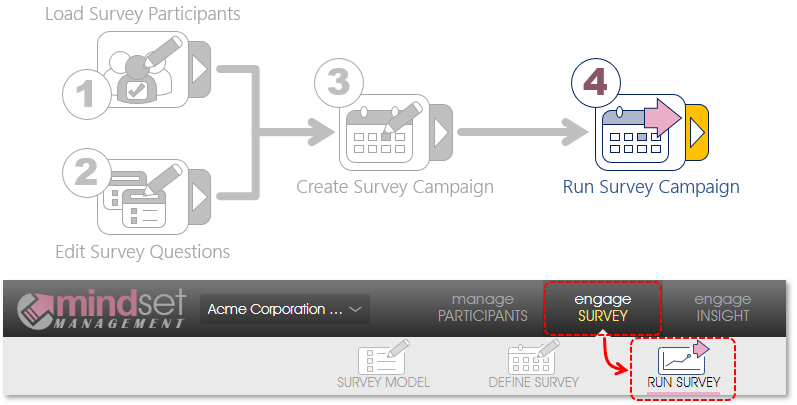 To successfully launch and run a survey campaign, the following should already have been done: 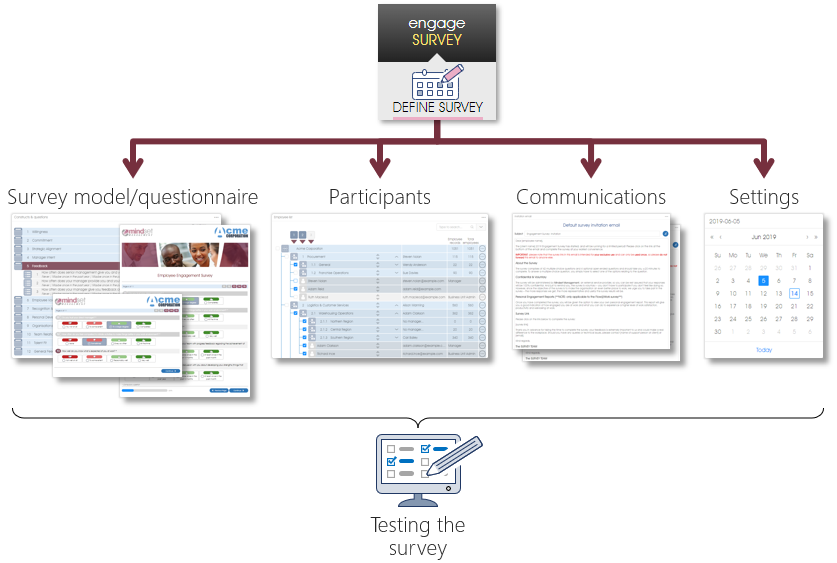